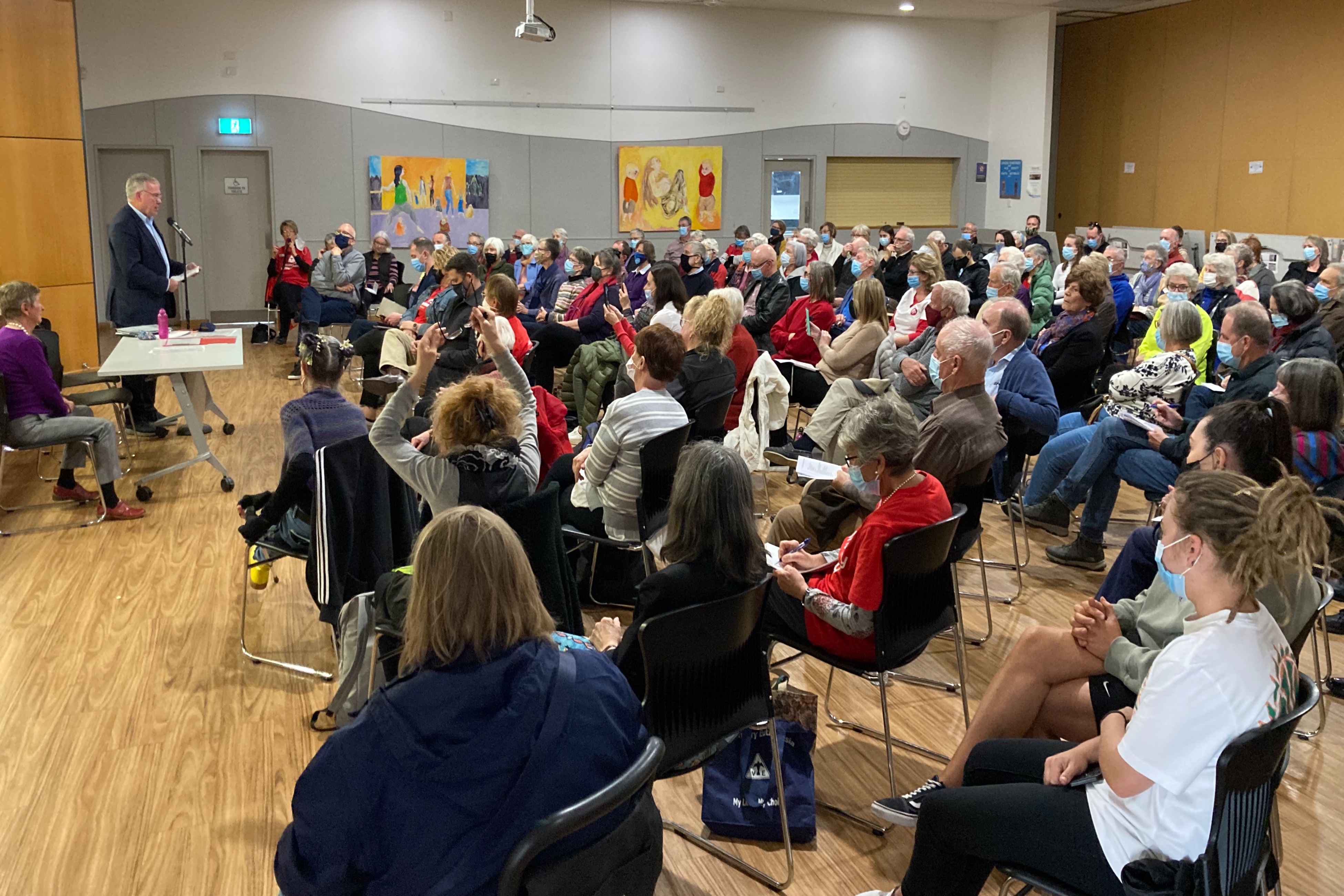 Health Minister Wade will be in no doubt that there is enormous distress in the South Australian community about the delays in commencement of Voluntary Assisted Dying in South Australia.

The questions and comments from among the 120 people who attended a public meeting on Sunday November 14 at the Goodwood Community Centre all had the same message: please do not cause us more suffering by delaying the commencement of Voluntary Assisted Dying in SA.

Health and Wellbeing Minister Hon Stephen Wade, MLC, explained that the VAD Act is not expected to come into operation until March 2023. This would be 21 months after the VAD Act was passed by the South Australian Parliament. All other states have, or will have, achieved a commencement date between 15 and 18 months after their legislation was passed. And other states, especially Victoria which has now had their VAD Act in operation for nearly two and a half years, have offered to share all their policies, procedures, training modules and IT systems with South Australia. Given that the SA VAD Act is almost exactly the same as Victoria, this could reasonably mean that South Australia would take less than the 18 months needed in Victoria to develop all their VAD management systems from scratch.

Every questioner expressed their frustration and distress at the delays foreshadowed by Minister Wade for VAD commencement in SA. VADSA members and supporters urged the Minister to ensure the lost time is made up as soon as possible. Many questions were from people suffering with a terminal illnesses. They said they were hoping to be able to use VAD. The common theme was that these delays could deny them the choice to end their suffering, even though the law had been passed. Hearing that commencement could occur next year in 2022, instead of being delayed to 2023, would give them peace of mind as they managed their daily struggle with their illness.

The meeting showed their appreciation to Minister Wade for his active support for the passage of the VAD legislation earlier in the year. This included Shadow Attorney General Hon Kyam Maher, MLC, the sponsor of the VAD Bill, Hon David Pisoni, Liberal Member for Unley, and Nat Cook, Labor Member for Hurtle Vale, who both supported the VAD Bill, and who all attended the meeting. They were joined by Anne Levy and Sandra Kanck, former MLCs, who each introduced one of the 16 other VAD Bills tabled in the South Australian Parliament.

A full video recording (51 minutes) of the November 14 public meeting has been posted on the VADSA facebook page, patiently recorded by Justine Firth. Minister Wade's speech can be heard and each of the questions. Find link here. (meeting starts at 3 minutes.)