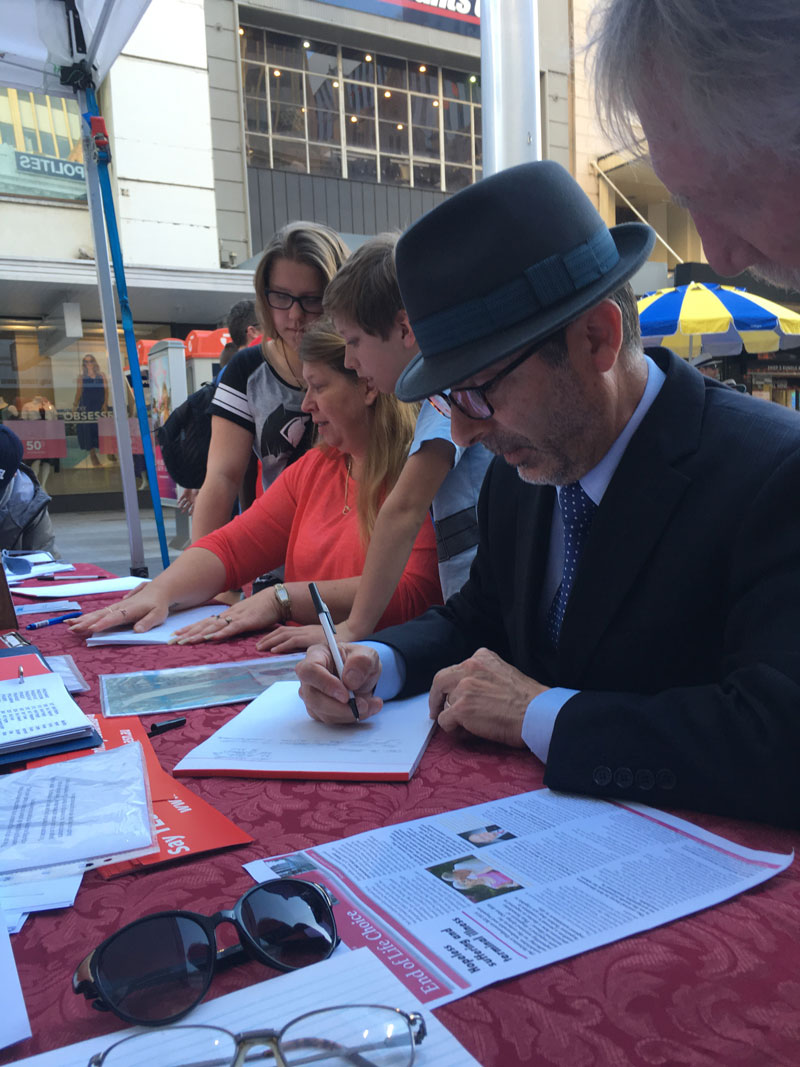 VADSA is a registered charity under the Australian Charities and Not for Profit Commission (ACNC) and has Deductible Gift Recipient (DGR) status with the Australian Tax Office.

VADSA aim is to stop the suffering of people at the end of their life.

To change the law in South Australia so that, provided agreed safeguards are met, it is legal for a person to request and receive assistance to die. Safeguards would include

VADSA works to achieve our aim and objective through three key strategies.

VADSA encourages members and friends to talk to their local State Member of Parliament about the need for law reform to legalise voluntary assisted dying. Voluntary Assisted Dying Bills in South Australia have all been presented by Private Members, and MPs have been allowed a conscience vote during the debate on each Bill. This means that each MP makes their own decision on how they will vote and whether they will propose any amendments. MPs listen to their constituents and it is essential that they hear from supporters of voluntary assisted dying.

VADSA has held regular events in Rundle Mall and on the steps of Parliament, where members of the public are invited to write to their local State MP explaining why they want them to support law reform.

VADSA works with MPs on the development of Bills and amendments. VADSA has been involved in the development of every one of the 15 Bills presented to the South Australian Parliament since the first Bill tabled by John Quirke in 1995 (ALP, Member for Playford).

VADSA undertakes many activities to stimulate pubic debate to end suffering at the end of life and make voluntary assisted dying legal. These include:

Nick McBride, Member for MacKillop, addresses VADSA meeting in The Box Factory, May 2019

The VADSA campaign for law reform is undertaken in the knowledge that a majority of Australians have consistently supported voluntary assisted dying for a person with unrelievable suffering.

In the 2017 Morgan Poll, 85% of Australians supported the choice of voluntary assisted dying for a person with unrelievable suffering.

The Victorian Parliament passed their Voluntary Assisted Dying Act in 2017, which came into effect in June 2019.

The WA Parliament passed their Voluntary Assisted Dying Act in 2019 and it commenced in July 2021.

The Tasmanian Parliament passed their End of Life Choice (Voluntary Assisted Dying) Act on March 23, 2021. It is due to commence late 2022.

The South Australian Parliament passed the Voluntary Assisted Dying Act on June 24, 2021. No commencement date has been set.

The Queensland Parliament passed its VAD Bill on September 16, 2021. It is due to commence in December 2022.

The New South Wales Parliament is expected to have a VAD Bill tabled later in October 2021.

17m Australians - 66% - now live in a state where their Parliament has passed a VAD Act.

All VADSA activity is managed and undertaken by volunteers.