The Voluntary Assisted Dying Bill was tabled in the Legislative Council and House of Assembly on December 2, 2020. Debate was adjourned until 2021.

Hon Kyam Maher meets Belinda Teh on the steps of the South Australian Parliament during her 2019 walk across Australia in support of VAD in WA. 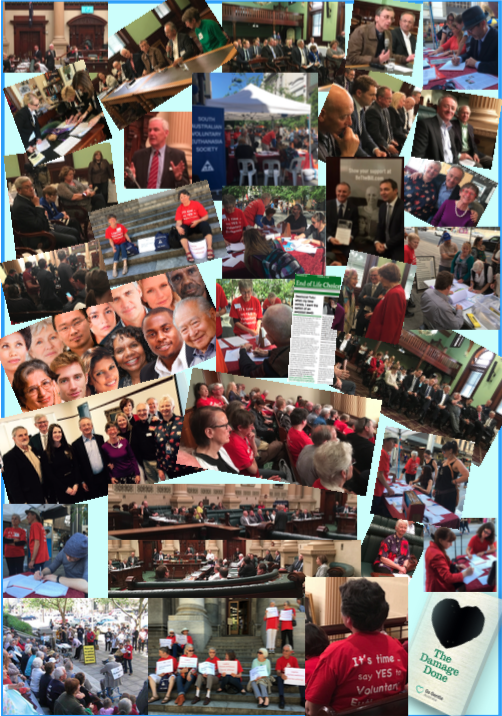