The Voluntary Assisted Dying Bill 2020, plus amendments agreed in the South Australian Parliament during the 2021 debate, is now the Voluntary Assisted Dying Act (2021). The original VAD Bill was tabled in both Chambers of the South Australian Parliament on Wednesday December 2, 2020. The VAD Bill was tabled by Hon Kyam Maher, MLC, in the Legislative Council and Dr Susan Close in the House of Assembly.

The Voluntary Assisted Dying Act received Assent by the Governor of South Australia on August 24, 2021. Terminally ill people in South Australia do not have access to VAD until the Act commences, currently scheduled for March 2023.

People in Victoria and WA have had the choice to request VAD since July 2019 (Victoria) and July 2021 (WA).

All states except South Australia legislated for a gap of 15 to 18 months between the legislation being passed by the Parliament and commencement of VAD. South Australia's VAD Act was silent on a commencement date and SA will have the slowest roll out of any state, at 21 months.

See detail of Hansard and the debate.

The final VAD Bill considered by the Legislative Council is available here. This version of the VAD Bill incorporates all amendments passed by the House of Assembly during the six hour committee stage debate on June 9-10.

The original VAD Bill tabled in December can be viewed here. 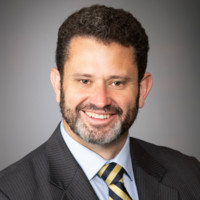 The speech by Hon Kyam Maher when he tabled the VAD Bill can be viewed on facebook here, Hansard here.

The speech by Hon Susan Close can be viewed on facebook here, Hansard here.

Hansard for all debate on the VAD Bill 2020 in both the Legislative Council and House of Assembly is available here.

The Joint Committee on End of Life Choices (JCEOLC) report was tabled in Parliament on October 13, 2020. The report provides information on palliative care, Advanced Care Directives and the operation of Voluntary Assisted Dying legislation in other jurisdictions. The report does not make any recommendations, but includes a series of Findings. Finding 6, p6 states

South Australia should monitor and review the outcomes of the systems in Victoria and Western Australia and should the Parliament at some future date decide to legislate for a Voluntary Assisted Dying scheme it should have regard of how the different schemes could be integrated to prevent any further hardship or trauma.

The report of the JCEOLC is available here.

The Joint Committee on End of Life Choices was established by both Houses of the South Australian Parliament in April 2019.

Details of the JCEOLC membership and Terms of Reference are available here.

The Joint Committee received submissions until August 2019 and completed its hearings in May 2020. A report is expected shortly.

Submissions and transcript of hearings are available on the SA Parliament website, JCEOLC page

Voluntary Assisted Dying (VAD) was last debated in the South Australian Parliament in 2016, when two different Bills were placed before the Parliament. (See details below)

A timeline of the 15 different VAD Bills placed before the South Australian Parliament since 1995 is available here.

There have been a total of 15 Bills introduced into the South Australian Parliament aimed at legalising assisted dying or voluntary euthanasia since 1995. (See timeline of Bills here)

The most recent was in 2016 when two different Bills were introduced, the first by Hon Steph Key, the second by Dr Duncan McFetridge.

The Voluntary Euthanasia Bill 2016 was introduced in the House of Assembly by Hon Steph Key MP, Labor Member for Ashford, on February 11. The Bill was seconded by Dr Duncan McFetridge, Liberal Member for Morphett.

The Voluntary Euthanasia Bill 2016 provided for people with unbearable and hopeless suffering with the right to medical assistance in dying, either through self administration or physician administration. The Bill provided for a person who determined that there suffering was no longer bearable to ask for assistance to die. Two doctors needed to confirm that there were no further treatments acceptable to the person which could make their suffering bearable; this meant that the person's condition would then be defined as “hopeless”. The request had to be witnessed by independent witnesses, a referral to a psychiatrist was required if either doctor suspected a person was not of sound mind, or was under any type of pressure to request assistance to die, and a delay of 48 hours was required after the request was finalised. (Key points of the VE Bill 2016)

The Voluntary Euthanasia Bill 2016 was debated on four further occasions, with a total of 19 speakers, eleven speakers for the Bill and eight speakers against. Hansard for the five debates is provided here – February 11, March 10, April 14, June 9, October 20.

In the House of Assembly each speaker is allowed up to 10 minutes to speak, with debate on Private Members' Bills being allocated a total of one hour on the Thursday of each sitting week.

After eight months of negotiations and circulation of multiple draft amendments, the decision was taken to adjourn debate on the VE Bill 2016 and introduce a new Bill incorporating the proposed amendments.

The Death with Dignity Bill 2016 was introduced on October 20 by Dr Duncan McFetridge MP, Liberal. It was further debated on November 15 and 16. (See Hansard here.) (Key points of the DWD Bill 2016)

At approximately 10pm on Thursday November 16, the House of Assembly voted 27 for to 19 against for the Bill to go into Committee Stage, where amendments could be considered. Following a marathon six hours in Committee Stage, at 4.12am on November 17, the Death with Dignity Bill 2016, as amended, was defeated on the casting vote of the Speaker, Hon Michael Atkinson, MP, a long term opponent of voluntary euthanasia.