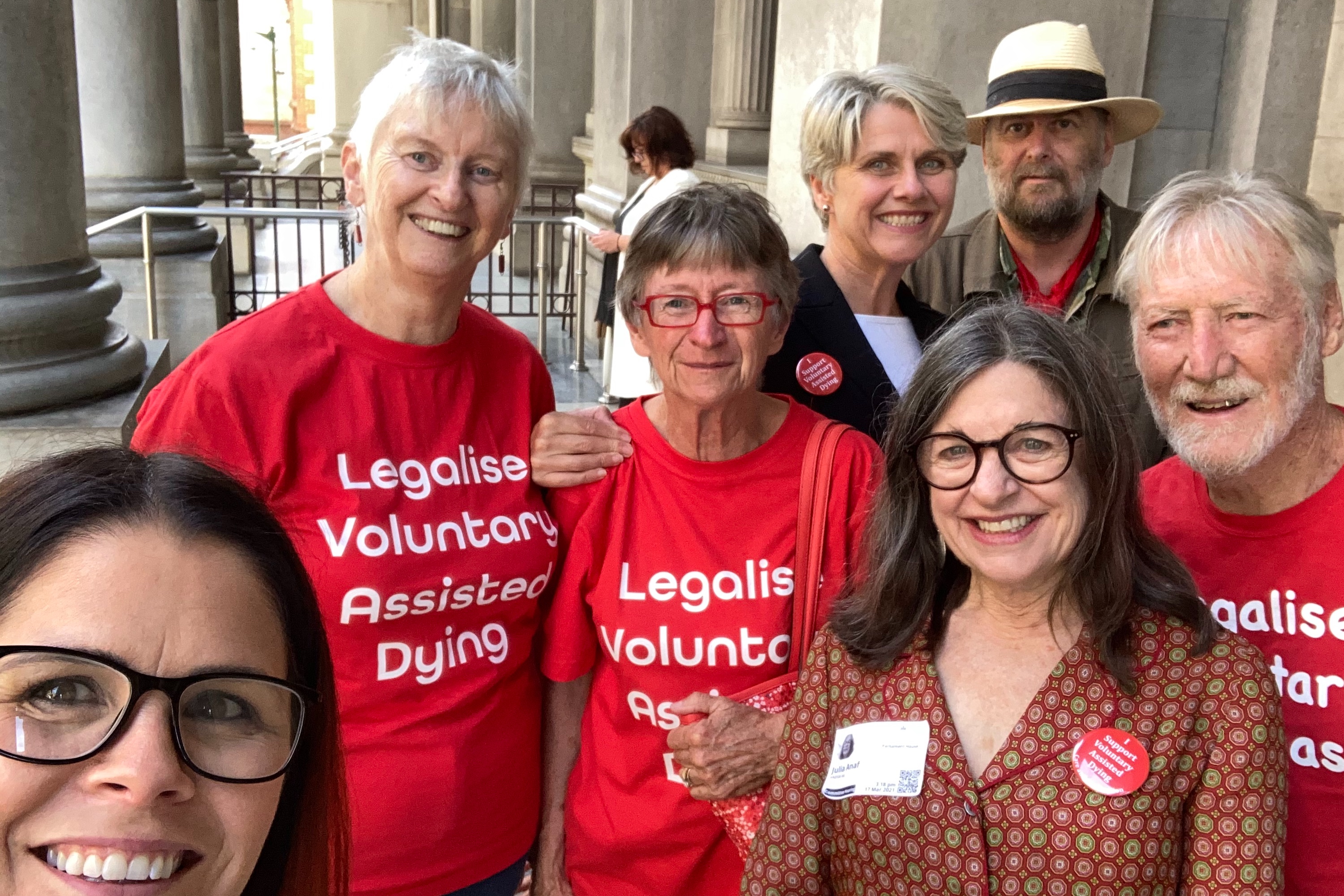 Join us on the steps of Parliament, Wednesday March 31, 11am, for the

Wear something red to show you support Voluntary Assisted Dying.

The debate continues in the Legislative Council later on Wednesday March 31.

There was a positive opening to the VAD debate in Parliament on Wednesday, March 17.

Health Minister Wade made a considered and constructive speech, saying he 'did not have a fundamental objection to euthanasia’ and while he had never voted for VAD before, this VAD Bill was close enough to workable. He said that VAD would not be an option for him because of his christian faith, but in a secular society, he would not be imposing his views on others. He concluded by saying that providing there were no amendments to this VAD Bill which would take it away from being consistent with the VAD legislation in other states, he could support it.

We understand that there is unlikely to be support for amendments which would make the VAD Bill significantly different from its current form.

Ian Hunter, Irene Pnevmatikos and Tammy Franks all spoke in favour of the Bill. All three are long term supporters of VAD. Justin Hanson’s position on the Bill is unclear.

March 31 the next debate day: Debate will resume in the Legislative Council on March 31. It is likely to go late, perhaps until midnight, to conclude Second Reading speeches.

There will then be a vote to see if there is support to go to the next stage where amendments to the Bill will be considered.

The final vote, after consideration of amendments, is expected on May 5.

If the VAD Bill passes the Legislative Council, it will then move to the House of Assembly.

Gallery access: Access to the Gallery is restricted because of covid rules. We will work out a way to rotate people before March 31.

The pic is VADSA members who were able to stay for the speeches in the Legislative Council - there were others there earlier but they had to leave.