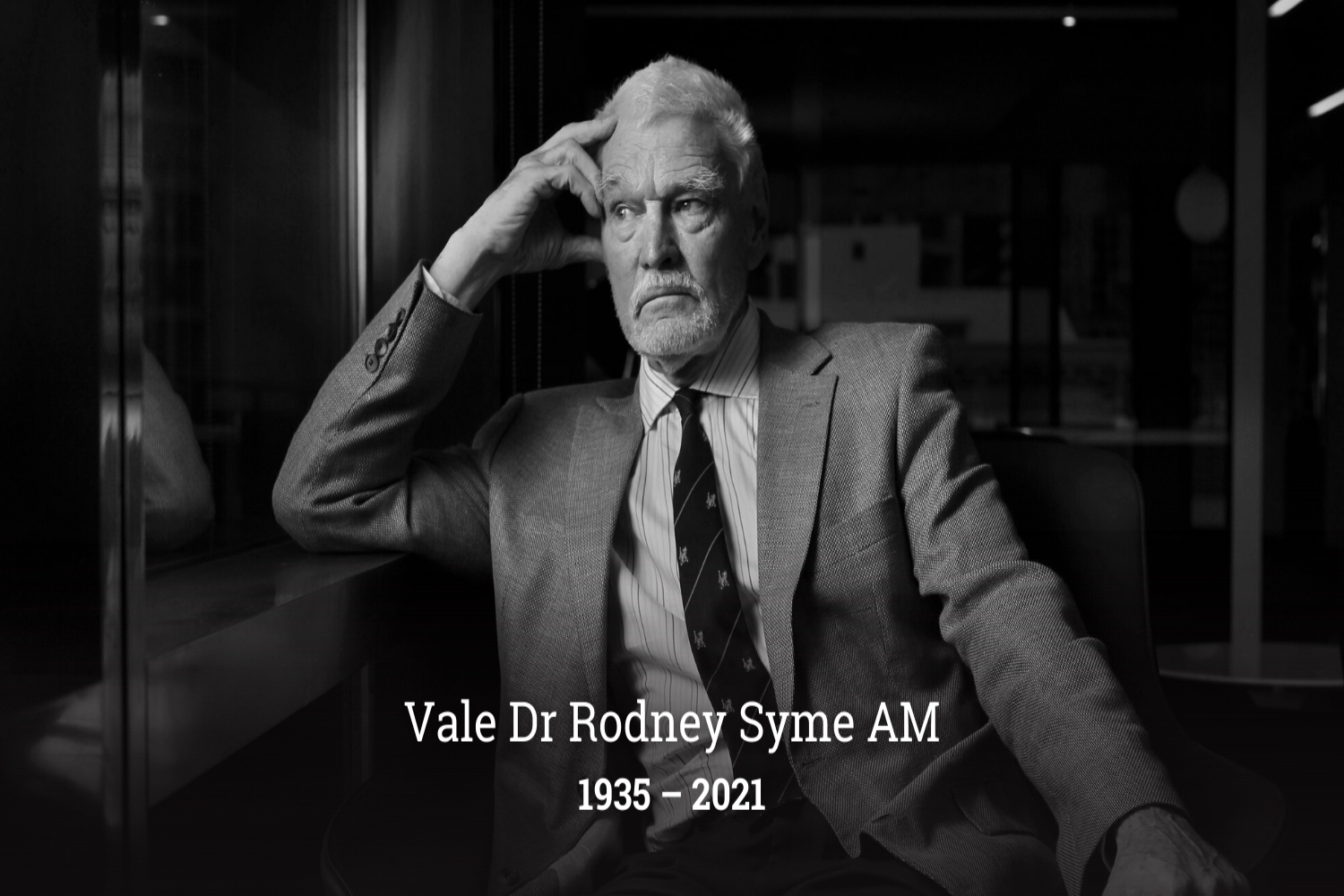 The death of Dr Rodney Syme last month, a Victorian surgeon and urologist, has filled every campaigner for a compassionate end of life choice with great sadness. Rodney Syme’s legacy will live forever in the Voluntary Assisted Dying legislation which has now been passed in every Australian state except NSW. As Andrew Denton wrote of his friend “we carry with us in our veins Rodney’s life’s work ... and Rodney’s unshakeable commitment to principle”.

Over several decades, Rodney risked criminal prosecution after publicly revealing he had supplied terminally ill Australians in unbearable pain with medication to end their lives. It was this direct challenge of what he saw as unjust laws that became the catalyst that inspired others to fight for change. Andrew Denton writes:

“Always, he was there. Always, his opinion clear and deeply thought-through. There is no doubt in my mind that, in Rodney, we had a man more experienced in end-of-life and its many forms than any other person alive.

“As recently as a fortnight before his death, Rodney was still actively trying to organise a national body to allow VAD knowledge to be discussed and shared. He was also seeking to introduce better methods for practitioner administration, based on the Swiss model, which would lessen the load for doctors asked to end another’s life.

“He was indefatigable. Unbreakable. Or so it seemed.”

Rodney Syme was an active advocate for a compassionate end of life choice to the end. Dr Rosie Jones, a South Australian member of Doctors for Assisted Dying Choice, wrote of her colleague:

“Three weeks before his cruel stroke Rodney Syme was giving me detailed instructions on how to implement our new VAD law.

“Dear Rodney you will never know how much we miss you and even were you still with us your innate humility would probably ignore the plaudits.  Goodbye dear friend.”

The full statement by Andrew Denton is available here.