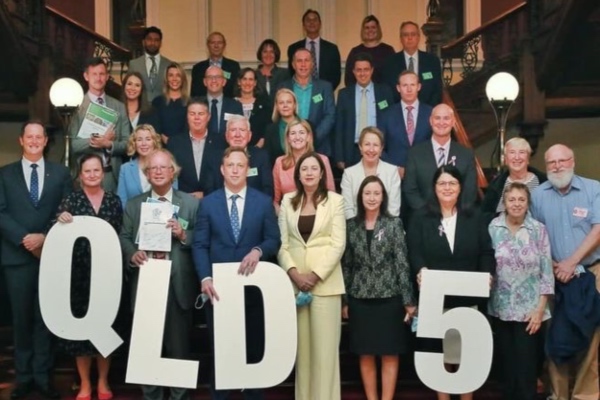 On the evening of Thursday, September 16, Queensland became the fifth state to legalise Voluntary Assisted Dying. MPs voted overwhelmingly to support passage of the Voluntary Assisted Dying Bill with 61 MPs voting to support the final reading. The Queensland Parliament has one Chamber, so VAD has now been passed in Queensland. This was the first time a VAD Bill had been debated in the Queensland Parliament. Opponents proposed 55 different amendments, none of which were supported. There were 30 votes against the Bill and 47 votes were required to pass the legislation.

Deputy Premier, Hon Steven Miles, ALP, managed the three days of debate with enormous respect and countered their many assertions from opponents by presenting evidence showing they were misinformed. The Deputy Premier opened the debate with the tabling of Tanya Battel’s 110,000 signature petition in support of VAD.

Queensland’s VAD Bill was originally drafted by Professors Ben White and Lindy Willmott, long term researchers from the Australian Centre for Health Law Research at the Queensland University of Technology. There are some major differences in this Bill compared with the South Australian and Victorian VAD Acts. These include

Former NT Chief Minister, Marshall Perron, and sponsor of the first successful VAD legislation in the world, told reporters during the lunch break “I’ve tracked every bit of legislation on this issue in Australia for the last 26 years and this is the best bill so far.”

During the debate MPs made significant statements about why they supported the legislation.