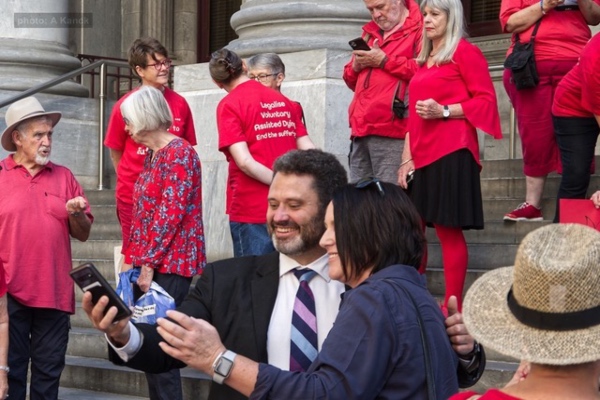 After thoughtful, sometimes emotional, and at other times misinformed Second Reading speeches by eight different MLCs, it was clear that there was support to move through to the Committee stage. Even Treasurer Rob Lucas twice commented that in the three previous decades when he has participated in a VAD debate in the Legislative Council - as an opponent of law reform - he had been in the majority; this time he found himself in the minority, although his views had not changed.

Hon Jing Lee made a difficult and heartfelt plea for legislative reform, recounting the harrowing death of her mother and then the request from her brother who is ill.

Hon David Ridgway talked of his friend Johnno, Peter Johnston, a former SANFL footballer, who talked to him after the death of his mother in 2020:

'Ridgy, whatever you can do, please support this.' He said, 'It was horrible.'

I would like to make one point very clear: as I said time and time again on matters of conscience, my job in this place is not to impose my morals, my beliefs or my religion on others because I do not think there is any place here for judging others and their choices. It is certainly not my job to bring religion or any of those other beliefs to the table either directly or indirectly.

Picture is Hon Kyam Maher, sponsor of the VAD Bill 2020, with Liz Haberman from the West Coast, who has contacted every MLC seeking their support for the Bill, describing the very difficult death of her son. Liz came over from the West Coast for the Sea of Red on Parliament House steps and the debate on Wednesday.