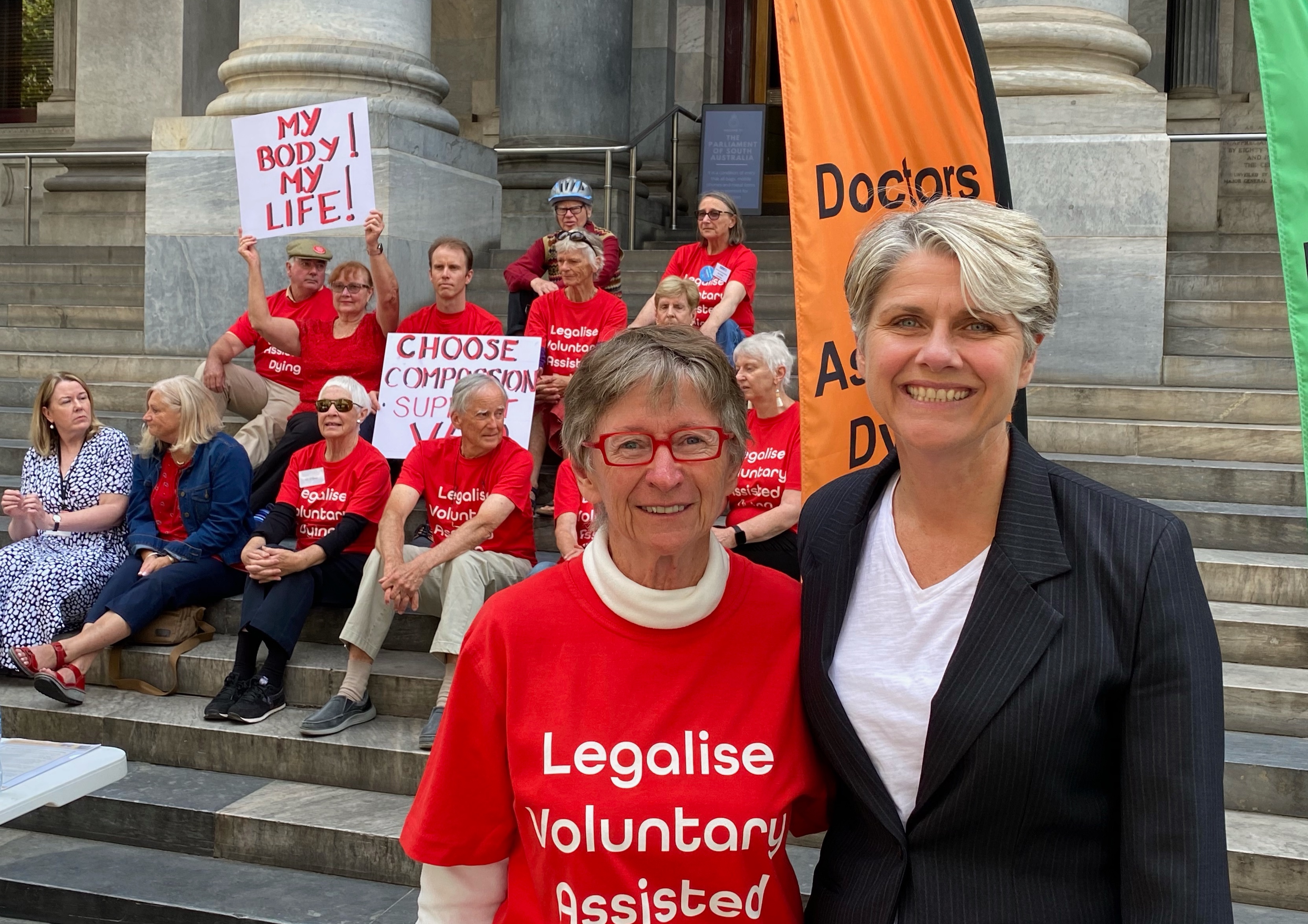 New research shows 80 per cent of South Australians support choice and compassion for people with an incurable illness.

This survey also shows 71 per cent support among South Australians who identify as religious, she says.

“With our politicians set to begin debate on the seventeenth Bill on this issue to come before State Parliament in 25 years, we urge politicians to take this community sentiment to heart.”

The Bill before State Parliament contains 68 safeguards and is modelled on Victorian law which has now been in practice for 18 months and is considered among the most conservative in the world. VAD was legalised in Western Australia in 2019 and legislation has recently passed both chambers of parliament in Tasmania.

“We believe this Bill strikes the right balance between safeguarding the community and offering choice and compassion for those with an incurable illness,” Ms Anderson says.

The most common reasons for supporting legislation include relief from suffering, freedom of choice and the right to dignity.

Voluntary assisted dying advocate and A Peaceful End convenor Angie Miller said it was heartbreaking that South Australians were unable to access an assisted death, while other states were moving towards choice and compassion.

In a submission to the End of Life Choices committee in February 2020, SA Police said 10 people had taken their lives as a result of terminal illness in the five months to November. With an average of 200 suicides each year, around 11% are by someone with a terminal illness. For the first time SAPOL has announced their support for voluntary assisted dying under strict circumstances.

The Australian Nursing and Midwifery Federation SA Branch also presented evidence which showed that in jurisdictions where assisted dying legislation has been enacted, the palliative care sector has strengthened.

South Australians who want to see voluntary assisted dying legalized are urged to contact their local Member of Parliament. See how to find your local MP here.