In January 2017, Tim Edwards was diagnosed with mesothelioma. He went through four different chemotherapies, none of which impeded his cancer, so by October 2017 he was advised that his illness was terminal in the short term and that he would have an estimated 3 months to live as the cancer took over his entire chest.

In early 2018, Tim wrote a submission to the Inquiry into End of Life Choices in the ACT in which he said:

"I was greatly disappointed when the NSW Parliament upper house defeated the NSW Voluntary Euthanasia Bill by one vote. The passing of that Bill would have meant much to me, even though it would not have been in time for me to make use of the legislation."

Tim knew assisted dying would not be introduced in time for him to have a choice so he contacted Dying with Dignity NSW and they made the following video.

Tim, or Big Man as I called him, was my father and an everyday reminder of the person I am and the person I should strive to be. Many people who met Tim briefly, thought him to be a cynic. In truth he was an idealist. After many years as an accomplished professional, Tim spent the last decade of his life working tirelessly at educating people on climate change and chipping away at the political framework that has for years prevented the adoption and implementation of an effective climate change policy in Australia and globally. He was a passionate but likeable man - though spending time with him often felt like getting caught in the intellectual equivalent of a spin cycle. He was a great Dad and mentor to all four of his children (myself, Matt, Andy and Chris) and along with his partner in crime, my mother Jan, led a life to be admired.

Tim Edwards passed away 16 February 2018, after fighting mesothelioma to the bitter end for the better part of two years. Tim acquired meso (as he called it) from being exposed to asbestos during a summer job when he was 18 to fund the cost of his university. Almost five decades later the disease took over is body and he could no longer breath.  I watched him take his last peaceful breaths at home surrounded by his family and ever faithful dogs.

Tim approached death as he approached everything in life, practically and with extreme clarity of mind even though throughout his disease he suffered from depression, extreme breathlessness and a never-ending list of painful symptoms from the multiple rounds of chemotherapy and the disease itself.  In the final months of Tim’s life he was in a great deal of pain, could barely eat or drink and could not breathe or function without the support of the oxygen machine. His heart and lungs were surrounded by the cancer, he had multiple pulmonary embolisms and a plethora of secondary medical issues. 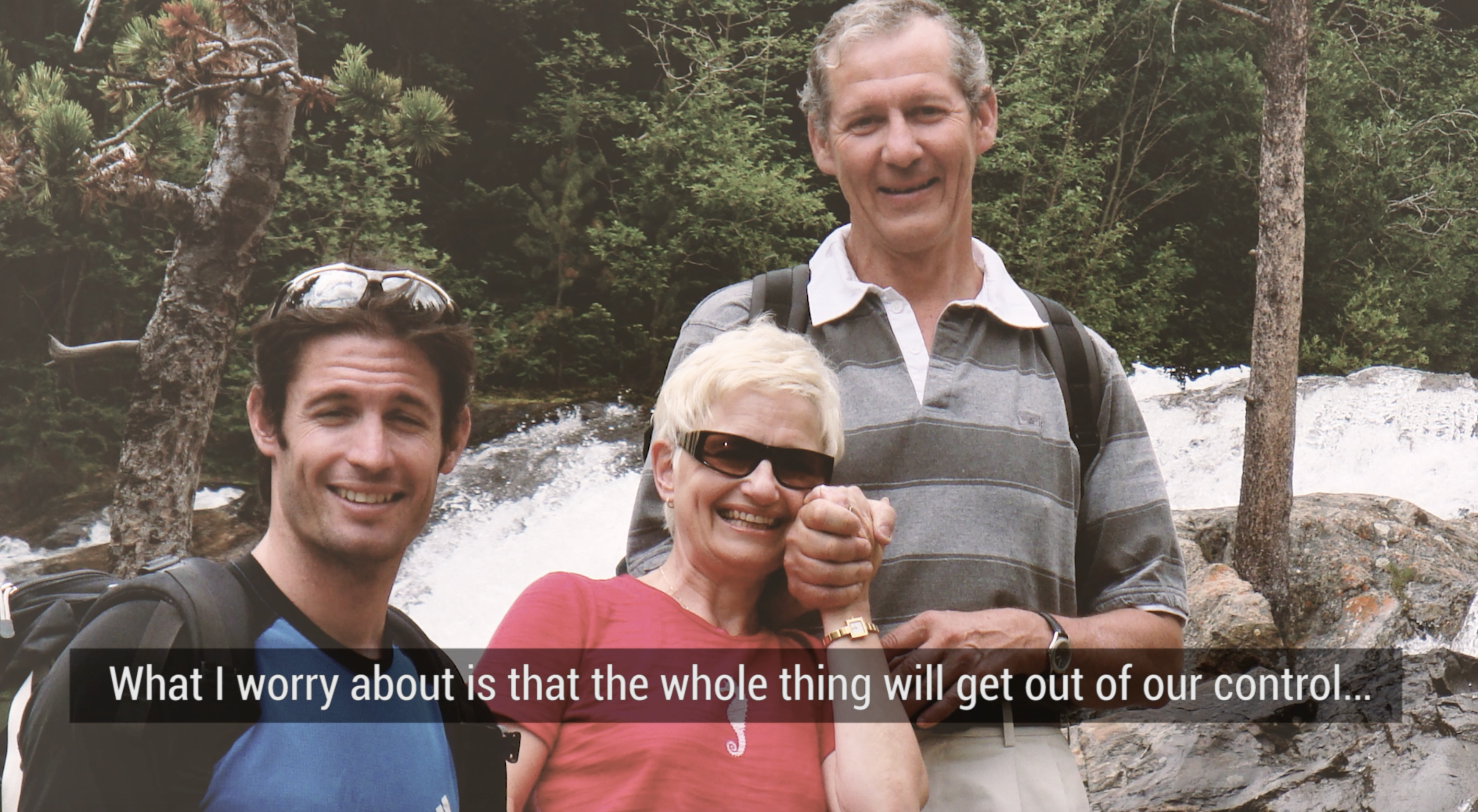 Tim was an outspoken advocate for assisted dying and believed strongly in having the right to choose when and how he ended his life. Tim’s passions in life were his family, his dogs, the outdoors and changing the world for the better.  Tim’s disease progressed to a level that these passions were taken away from him and it was at this point that Tim should have rightly been entitled to call it quits.  His disease was terminal.  He had only two choices remaining to him – dying well or dying horribly.

In the end, Tim’s position on assisted dying worked strongly against him, with his palliative care doctors and nurses, in my view, under-treating him and one of them repetitively lecturing a grieving family about the illegality of assisted dying (even the day before he passed away).  In the final days of his life, we took turns sitting with him and watching his sleep and at one point when he woke up, he looked at me and asked me when they were going to let him go and by them, he was referring to the palliative care staff. All I could do was look at him in tears and say I don’t know – this is not the way it should be.

When Tim passed away the first feeling I had was not sadness, it was a feeling of immense relief. Relief that his suffering was done, relief that he no longer needed to be poked and prodded by palliative care staff for no good reason and relief from a feeling that we had somehow failed him by letting him suffer the way he did in his final days. I can’t help but feel that if Tim had been given the opportunity to choose his time and his way, those final days would have been drastically different. My hope for the future is that for all those families who face a similar fate, the NSW government gives them the opportunity to do it with dignity and with the least amount of pain and suffering possible.